It’s been some time since I’ve participated in a WordPress photo challenge, but for this one I immediately had the image that said resilience in mind. I recently I traveled to New Orleans for the first time, and although I usually don’t take up-front photos of landmark buildings, there was something about the St. Louis Cathedral that inspired me to make this classic composition. I didn’t know all the facts at the moment I took the shot or when I edited it, it’s only when I posted the image on Instagram that I did a research. St. Louis Cathedral is a the oldest cathedral in the United States (church until 1794, in the actual state since 1850). Located in the French Quarter, the cathedral sits next to Jackson Square and faces the Mississippi River. It was bombed in 1909, visited by John Paul II in 1987 and its organ (and some other parts of the building) were severely damaged during the Hurricane Katrina. It is also thought the building is haunted. Taking about resilience? 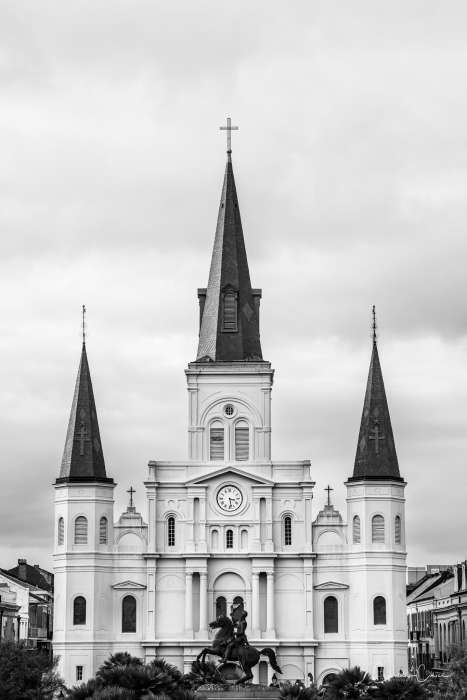